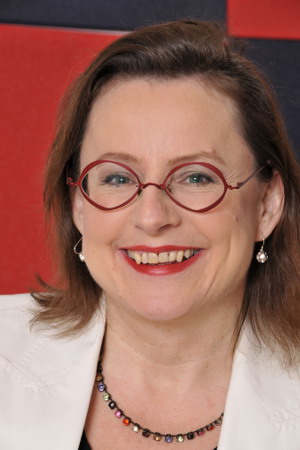 The Women Against Violence Europe (WAVE) Network, is comprised of women’s organizations from 46 European countries working to combat violence against women and children across the region.

Recently, WAVE signed an agreement with UN Women to establish and strengthen CSO platforms in the Western Balkans and Turkey, to advocate for the development and implementation of laws and policies in line with CEDAW and the Istanbul Convention. How do you see the role of CSOs with regards to policies to end violence against women?

As we know from research and practice, CSOs, especially women’s organizations, play a crucial role in preventing violence against women and girls. The more women’s NGOs there are in a country, the greater the progress – such as better laws and more empowering support for victims. Violence against women is a human rights violation; in order to protect and support the human rights of women and girls, women’s support services need to be run by independent NGOs.

Based on your experience in the Western Balkans and Turkey, what are the priorities for ending violence against women in the region?

The main priority is mobilizing women to work against violence as well as supporting and promoting women’s organizations. Engaging men and boys is also important, but we should not forget that change, ultimately, is led by the women concerned. At the same time, we should not take it for granted that women will engage by themselves. On the contrary, women and girls are often deterred from fighting for their rights, and even face violence if they try. Therefore, our slogan should be: ‘Engage women and girls, men and boys’.

How will the project address the specific needs of women from minority and disadvantaged groups?

The principles of non-discrimination and human rights have always been at the centre of WAVE’s work. To ensure inclusion and avoid discrimination, we need to keep asking and answering the same questions: “Which groups of women and children are particularly marginalized and face additional barriers to accessing protection, support and safety measures – and why? How can we engage them and work together to dismantle these barriers and bring about change?”

An important part of the regional programme is a focus on changing harmful gender stereotypes to end discrimination and violence against women. How can we make this happen?

Gender stereotypes are always harmful and they are deeply rooted. It is not easy to change them and we need to have a long-term, comprehensive approach, engaging all areas of society, including all genders and age groups. Working at the local level is very important and women’s groups are often the ones who initiate awareness-raising activities. Grass-roots, community-level engagement that involves women and men of various age groups, community organizations, community leaders and even faith leaders, can be very powerful in bringing about change. At the same time, we also need advocacy and lobbying activities – carried out, for example, by women’s NGOs – to bring about change on a policy level.

You will soon start to establish a large platform for women’s groups in the Western Balkans and Turkey to work on ending violence against women. What would be your message for these groups?

Nobody can end violence against women alone, but if we all stand together and carry out the necessary changes step by step – with patience and determination – then we are powerful enough to dismantle the ingrained structures and practices that make violence against women and girls possible. Do not be afraid to call yourself a feminist if you engage in women’s rights and the fight against violence; see it as an honour. In fact, men can be feminists too.

Photo: Courtesy of WAVE
Rosa Logar is one of the founding members of the Women Against Violence Europe (WAVE) network.