The analysis provides an overview of whether and to what extent the Government Work Program for 2020-2024 includes the gender aspect in the planned activities for the next 4 years. To better understand the context of gender equality and the political will to promote gender equality, the analysis takes into the election programs of SDSM and DUI, which for the second term lead the Government of the Republic of Nort Macedonia.

It is commendable that gender equality is increasingly recognized as important for the progress of RSM and as a goal without which the country can’t have successful European integration, but also good governance and functional democracy. The cycle of the last two early elections 2017/2020 shows an increase in the goals related to gender equality in the election programs, which shows that political parties are slowly beginning to show interest in reducing the social and gender gap between women and men. However, this does not confirm that the work of the Government in the past three years has been fully focused on promoting gender equality because some of the pre-election goals have not been implemented at all in the 3-year term of the SDSM-DUI coalition.

A shortcoming is the lack of a systemic institutional approach led by adequate staff and experts who will coordinate strategic commitments for gender equality at the national level.

Gender-based violence is in focus in the SDSM election program, but not in the Government program. On the positive side, the importance of improving access to specialized services for victims of gender-based violence at the local level has been recognized, and a reintegration program for victims is envisaged for the first time. This part lacks additional efforts from the Ministry of Health, the Ministry of Interior, and the Ministry of Labor and Social Policy, and the involvement of the judiciary and civil society organizations in the overall chain of support for victims of gender-based violence. The National Action Plan for the implementation of the Istanbul Convention is not mentioned at all, nor is funding provided for its implementation.

In the area of ​​Social Policy, the promotion of assistance and support to victims of gender-based violence is envisaged only through the formation of an intervention team that will act 24/7 following the example of Skopje. It must be noted that this team does not only act on reports of violence but covers all vulnerable categories. A positive aspect is a proposal for establishing a state fund for payment of legal support of children in situations when one parent after divorce does not fulfill the legal obligations.

Although the Government Program envisages dealing with KOVID 19 and proposes a series of measures, one important segment that is left out is the support of victims of gender-based violence during a pandemic. Although some of the civil society organizations working on this topic at the beginning of the crisis warned and appealed for adequate and timely protection of the victims, the Government, planning the measures to deal with the crisis, again forgot about this vulnerable group.

Women civil society organizations need to be involved in the consultation and decision-making processes related to legal solutions related to the prevention, prevention, and protection against gender-based violence. 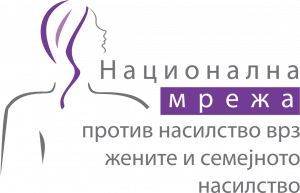 You can read the whole analysis at the following link.