Take five: Domestic legislation in Bosnia and Herzegovina needs to be harmonized with the Istanbul Convention 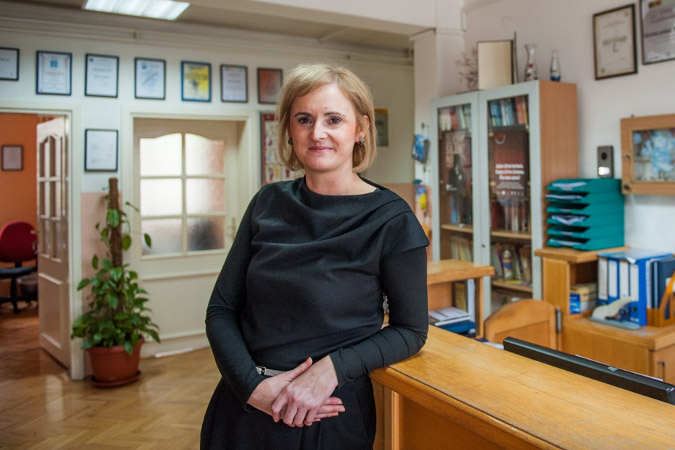 Fatima Bećirović is a project coordinator at the Government-managed Gender Centre of the Federation of Bosnia and Herzegovina (BiH).

Previously, she worked as a social worker and the coordinator of a shelter in Tuzla. Throughout her work, Bećirović has participated in a variety of research on domestic and gender-based violence and has experience as an educator in the field of violence against women. UN Women works closely with the government of BiH to combat violence against women through a number of initiatives including the regional programme “Implementing Norms, Changing Minds”. Bećirović discusses some of the priorities to prevent violence against women in the country.

How would you describe the current situation in BiH in relation to the prevention of discrimination and violence against women?

The current situation is better than it was a couple of years ago, but it is important to remember that there are still very few programmes for preventing all forms of discrimination and/or exposure to violence. In BiH we are still dealing far more with the consequences of violence than with prevention.

What are the main issues that women subjected to discrimination and/or survivors of violence face in terms of access to services?

The biggest problem is certainly the absence of harmonized access to services across the country. Often larger cities provide better access to services than small towns, which are frequently more than 50 kms away from free legal aid or social services. We still have some social service centres or municipal social protection services which do not meet the minimum standards for the number of qualified staff (psychologists, social workers, legal officers). Some cantons in BiH do not have free legal aid offices and services, and those that do often require citizens to provide documentation that incurs additional costs.

Often, survivors are not aware of their rights and the legal procedures they have to follow. They also suffer from low self-esteem and a lack of self-respect. Working with survivors, who are often insecure and frightened, requires a great deal of sensitivity to the needs of each individual.

One of the most serious problems is the level of training of staff in the majority of institutions, coupled with poor working conditions for the police and social protection officials. In some institutions, professionals are exposed to violence from beneficiaries: verbal insults, threats and even physical attacks.

In your opinion, what is the top priority in the work on prevention of violence against women in BiH?

In my opinion, there are two key issues for the prevention of violence: preventive programmes and working with perpetrators.

Preventive programmes need to be developed and implemented throughout BiH, starting from an early age – the preschool years.

At the same time, we must not forget the psychological support and assistance for victims of violence.

As well as a focus on the prevention of violence, emphasis should also be placed on the resolution of cases of violence: court cases should not take too long and perpetrators should be given lengthier sentences.

The media should develop educational programmes to inform the public about issues of violence, the rights of victims, non-violent communication and the promotion of positive values. Unfortunately, we are exposed to negative media coverage on a daily basis – full of violence and discrimination. Very rarely do we see positive examples in the media.

In your opinion, how can the Istanbul Convention help in the prevention of violence against women in BiH?

Given that the Istanbul Convention is one of the most comprehensive international documents relating to violence against women and domestic violence, I believe that Bosnia and Herzegovina should make full use of the benefits and possibilities under the Convention. It ratified the Convention as early as 2013 and has committed itself to its implementation.

Harmonizing domestic legislation with the Convention will lead to a more efficient system and upgrade the legal framework, while enhancing international cooperation and the provision of more specific assistance and protection for the victims of violence.

How do you see the role of state institutions and NGOs in terms of prevention of discrimination and violence against women in BiH?

Both state institutions and NGOs play a very significant role in resolving the issue of gender-based violence, each within their own competence and scope of action.

Bosnia and Herzegovina has specialized and professional NGOs which have been dealing with the issue of domestic violence and violence against women for many years now. Many of them have safe houses for victims of violence, and provide psychological assistance, legal aid and support for economic empowerment.

The resources of these NGOs should be used. However, as with certain government services, there are problems in terms of accessing NGOs services in different parts of BiH – services do not cover the entire country.

While there is a certain amount of cooperation between government and NGO sectors in BiH, partnerships need to be continuously developed and enhanced so that resources are maximized and used effectively in all cases of discrimination and for all forms of violence.